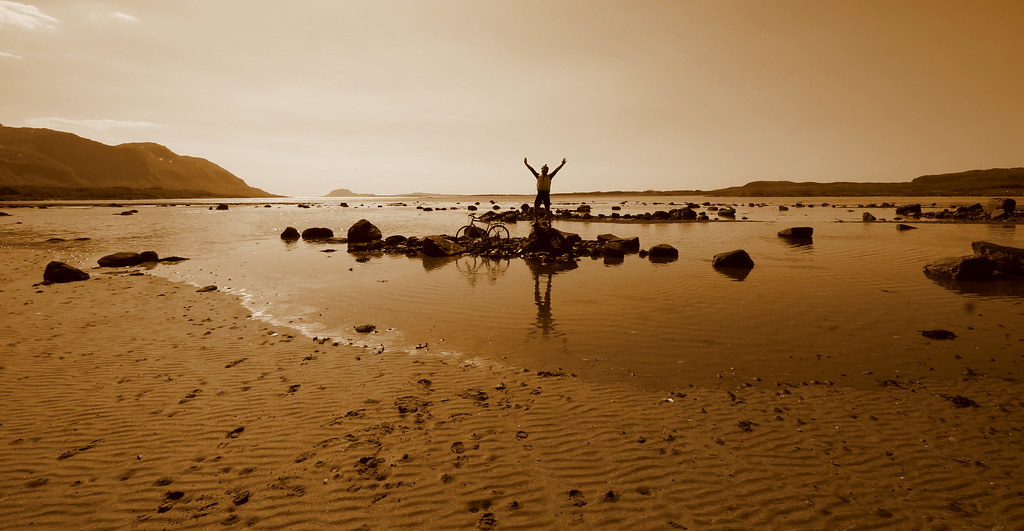 From one of the best beaches in Brønnøysund.

During the Viking era, Torgar, by the foot of the legendary mountain Torghatten, was a nationally powerful chieftain seat and an important commercial center along the coast. The original inhabitants were wiped out in an outright massacre by Duke Skule and his men in the Norwegian civil wars that raged around 1240, in the high medieval era of Norway.

The region was re-populated by immigrants from Southern Norway, Trøndelag, and Sweden, which could explain the unique dialect with a Swedish-like intonation.