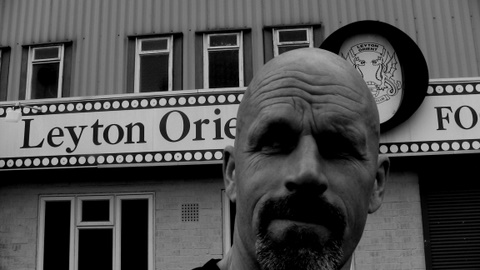 Leyton Orient F.C. (pronounced /ˌleɪtən ˈɔːriənt/) are an English professional football club in East London. They currently play in Football League One and are known to their fans as the O’s.

Leyton Orient have spent one season in the top flight of English football, in 1962–63. In 1974, they were Manchester United’s first opposition in the latter’s only post-war Second Division campaign. In 1978, Orient reached the semi-finals of the FA Cup for the only time in their history, under the management of Jimmy Bloomfield, but were beaten 3–0 by Arsenal. Between October 1993 and September 1995, Orient did not win a single away game in the league, leaving them bottom of Division Two in 1994–95.

Leyton Orient’s home ground Brisbane Road is officially known as the Matchroom Stadium after club chairman Barry Hearn‘s sports promotion company. Hearn became chairman in 1995 after the club was put on sale for five pounds by then-chairman Tony Wood whose coffee-growing business in Rwanda had been destroyed in that country’s civil war. The period of the club’s near-closure was covered by the television documentary Orient: Club for a Fiver.[1]

Geraint Williams was appointed manager on 5 February 2009, taking over from Kevin Nugent who was in temporary charge after the sacking of Martin Ling on 18 January 2009.[2] Williams left the club on 3 April 2010 after the 3-1 home defeat to Hartlepool United. Nugent resumed temporary charge for one game, after which Russell Slade was appointed manager until the end of that season and has since had his contract extended.